“Death Of a Salesman” 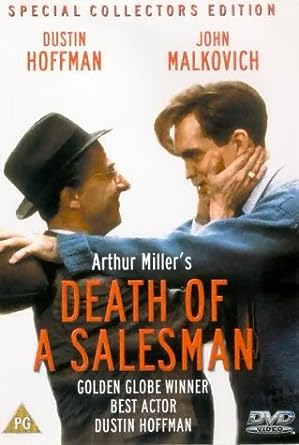 Based on: “Death of a Salesman” by Arthur Miller
Starring: Dustin Hoffman, Kate Reid, John Malkovich, Stephen Lang
Year: 1985
Running time: 136 min
Awards: Golden Globe to Dustin Hoffman for “Best Performance by an Actor in a Miniseries or Motion Picture Made for Television”

Plot: The Salesman Willy Loman is in a period of crisis of his life. He’s about to lose his job, he can’t pay his bills. His sons Biff and Happy haven’t any respect for him and it seems they don’t rise up life in the best way. He ask himself what went wrong and how he can make things up to his family.